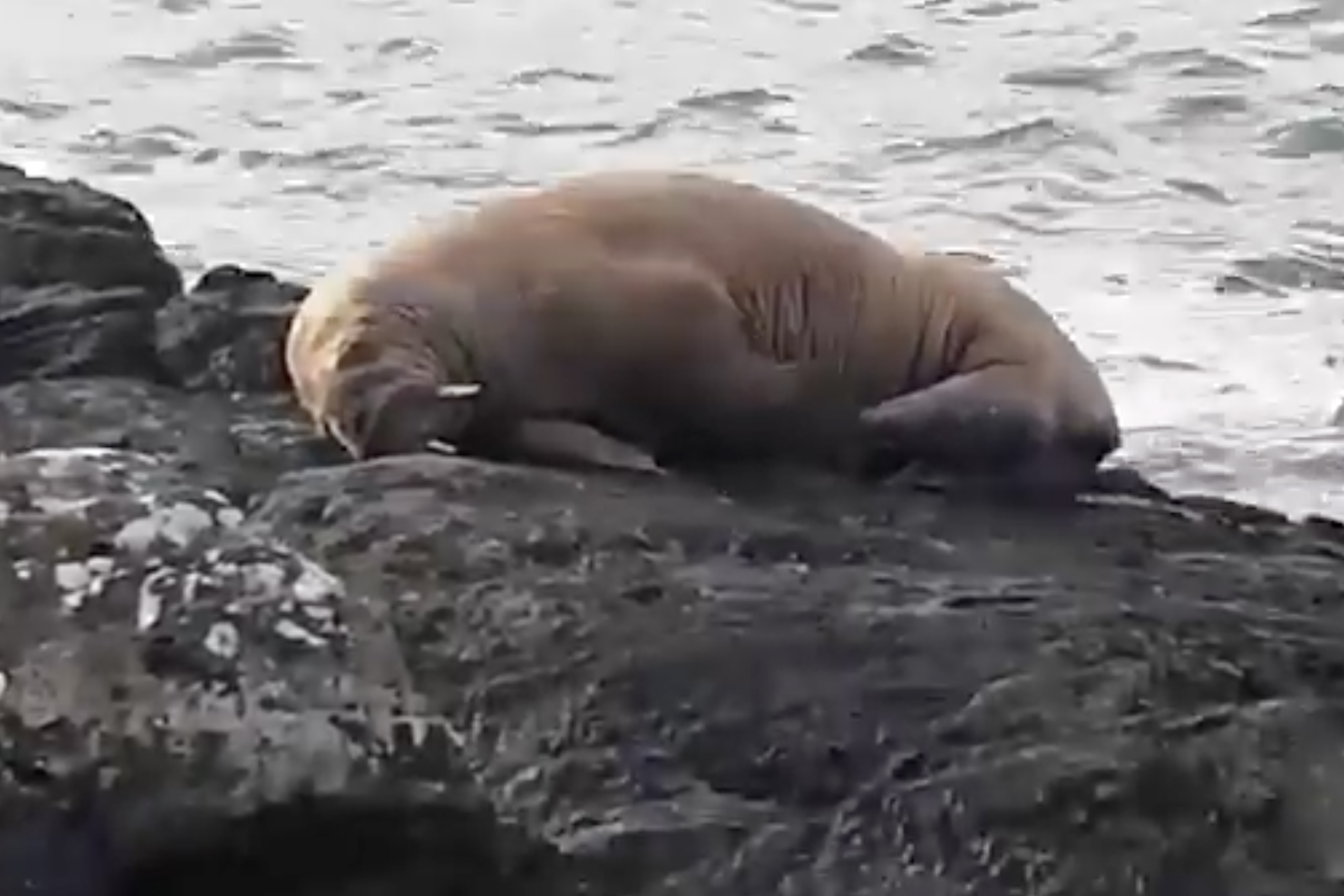 A massive walrus was spotted on the shore of western Ireland on Sunday — the first confirmed sighting of the tusked creature in the country, a report said.

The marine mammal was discovered on the rocks along Valentia Island in Kerry, witnesses told the Irish Independent.

“He breached out of the water onto the rocks and gave us a bit of a show,” Alan Houlihan told the newspaper.

“I thought it was a seal at first and then we saw the tusks,” said Houlihan, who was with his 5-year-old daughter when they saw the walrus.

Marine biologist Kevin Flannery, the director of a local aquarium, told the outlet that Sunday’s discovery, “is the first confirmed sighting of a walrus” in Ireland.

Flannery theorizes that the Walrus inadvertently travelled from the arctic on an iceberg.

“He’s from the Arctic,” Flannery told the paper. “I’d say what happened is he fell asleep on an iceberg and drifted off and then he was gone too far, out into the mid-Atlantic or somewhere like that down off Greenland possibly.”

Biden too busy with ‘historic crises’ for press conference: Psaki

The disturbing truth this loss reveals about the Knicks