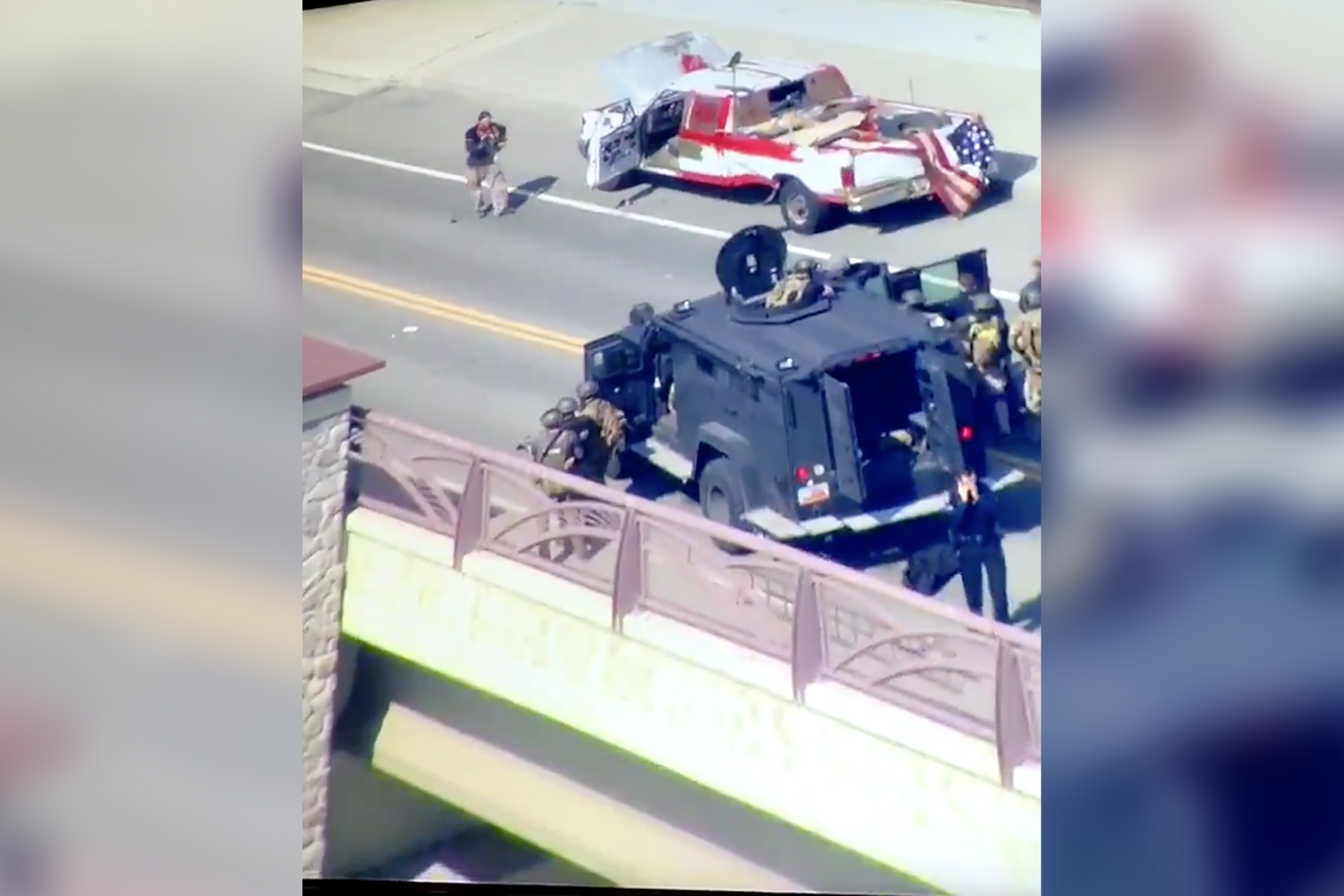 Cops faced off with a disturbed motorist who appeared to be armed with a sword on a stretch of Utah highway Wednesday, according to reports.

Images from a Legacy Highway in Bountiful, Utah, showed the unidentified man screaming at cops, including SWAT team members, next to a red-and-white pickup truck draped with a US flag, video posted on Twitter by KSL-TV shows.

Police vehicles needed to shut down the highway for about an hour.

Cops could be seen blocking the road during the standoff — before the man was taken into custody about 1:30 p.m. local time.

Bountiful Police Lt. Troy Killian told the station that the standoff started after a police chase, but it was not immediately known what prompted the incident, the station said.

KTVX-TV also reported that police had responded to reports of a person barricaded inside a vehicle on the popular highway.

The incident began shortly after noon local time, with Utah transportation officials issuing an alert for motorists to avoid the area.

“Driver alert,” state DOT said on Twitter. “Legacy Parkway closed between the I-215 junction and 500 South in Bountiful (MP 1-4. Please avoid the area.”

Police are still investigating and have not identified the man.

18 Realistic Ways To Become A Happier, More Chill Person In 2018

The Best Way to Watch Live Sports Without Cable in 2021

The Best Way to Watch Live Sports Without Cable in 2021

Leon Rose must prove he can be most important Knicks piece

Real estate giant Compass valued at $8.2B in NYSE debut

Review: In ‘Made for Love,’ She Can’t Get Him Out of Her Head