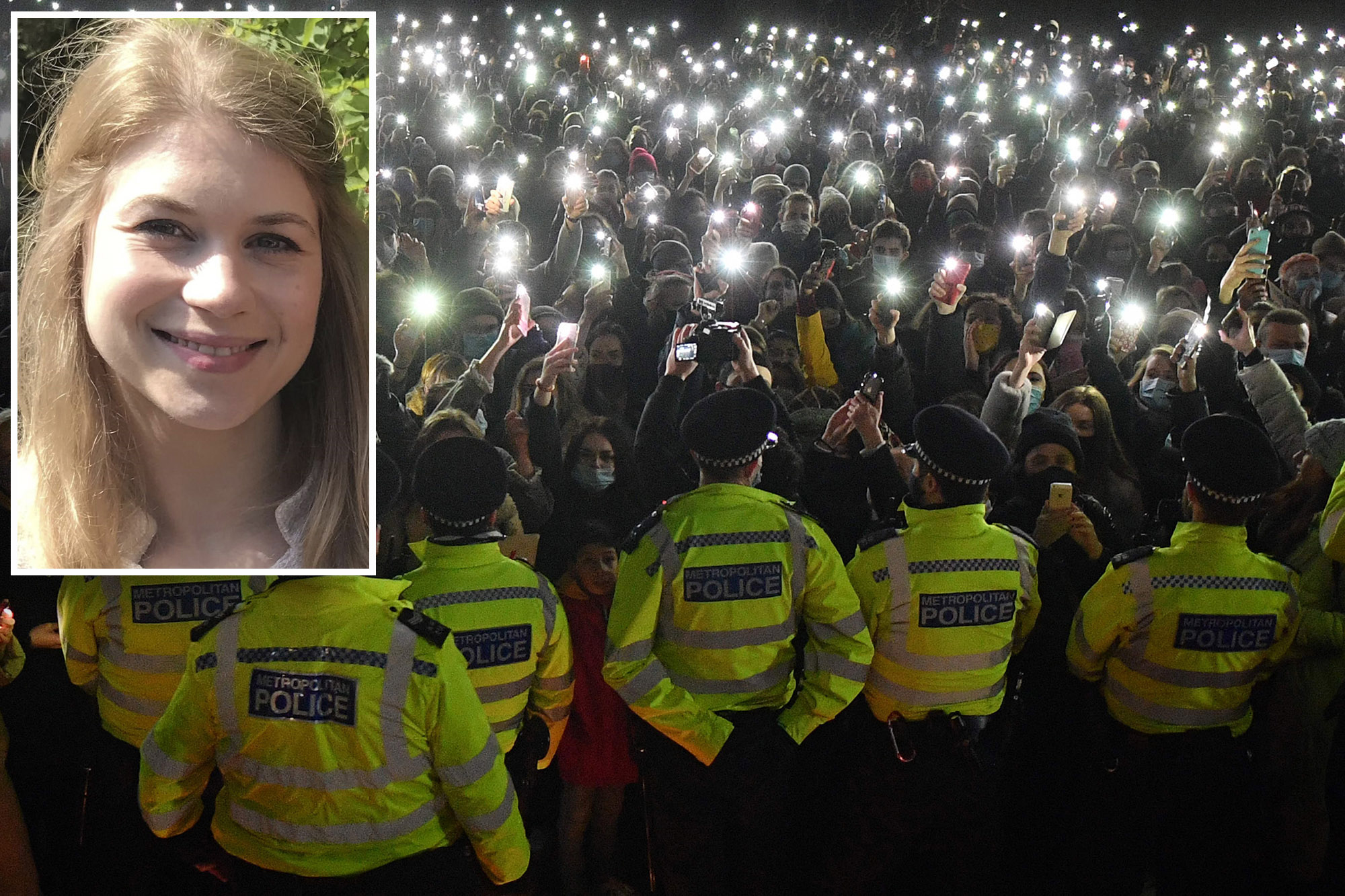 Carrying signs that said, “We will not be silenced” and “She was just walking home, ” a crowd of about 1,000 defied a ban on gathering to pay their respects to murder victim Sarah Everard in London Saturday evening.

Police at first looked on as women banged drums and chanted, “Sisters, united, we’ll never be defeated” at Clapham Common, a park officials believe Everard walked through the night she disappeared. The bandstand there has become an impromptu memorial where mourners have left a sea of flowers, cards, candles and other tributes, the Mirror reported.

Earlier in the day, Kate Middleton, the Duchess of Cambridge, laid flowers in Everard’s memory, and issued a statement that said, “She remembers what it was like to walk around London at night before she was married.”

Everard’s murder sparked a nationwide outrage over the safety of women.

Officers were jeered as they moved in to shut down the tribute to the 33-year-old marketing executive. The march was attended mostly by women, who were also protesting the lack of security they feel on London’s streets. The crowd booed the cops, chanting, “Let us be!” and “Police go home!” Some spewed profanities at cops as they dragged protesters away.

“This could have been the socially distanced vigil the community needed to remember Sarah and all the women who have lost their lives to violence,” tweeted Bell Ribeiro-Addy, a member of Parliament who attended the event and shared video of the confrontations. “We knew what was going to happen if the event was shut down.”

Organizers from a group called “Reclaim the Streets” were denied a permit for the event because of coronavirus restrictions. They said they were threatened with a fine equal to about $140,000 if they held the vigil, The Sun reported.

The tensions also reflected the fact that a London police officer, Wayne Couzens, 48, is charged with kidnapping and murdering Everard.

Everard’s body was found Wednesday, nine days after she disappeared while walking home from a friend’s apartment. Couzens was silent during his first appearance in court on Saturday, with the exception of confirming his identity. His lawyer did not enter a plea ahead of another hearing slated for Tuesday.

Prime Minister Boris Johnson said he and his partner Carrie Symonds would light a candle in memory of Everard on Saturday evening. “I will do everything I can to make sure the streets are safe and ensure women and girls do not face harassment or abuse,” he said.

THE BEST ART SCHOOLS IN THE UNITED STATES

‘Bulls–t’ that AJ Hinch is tainted from Astros scandal