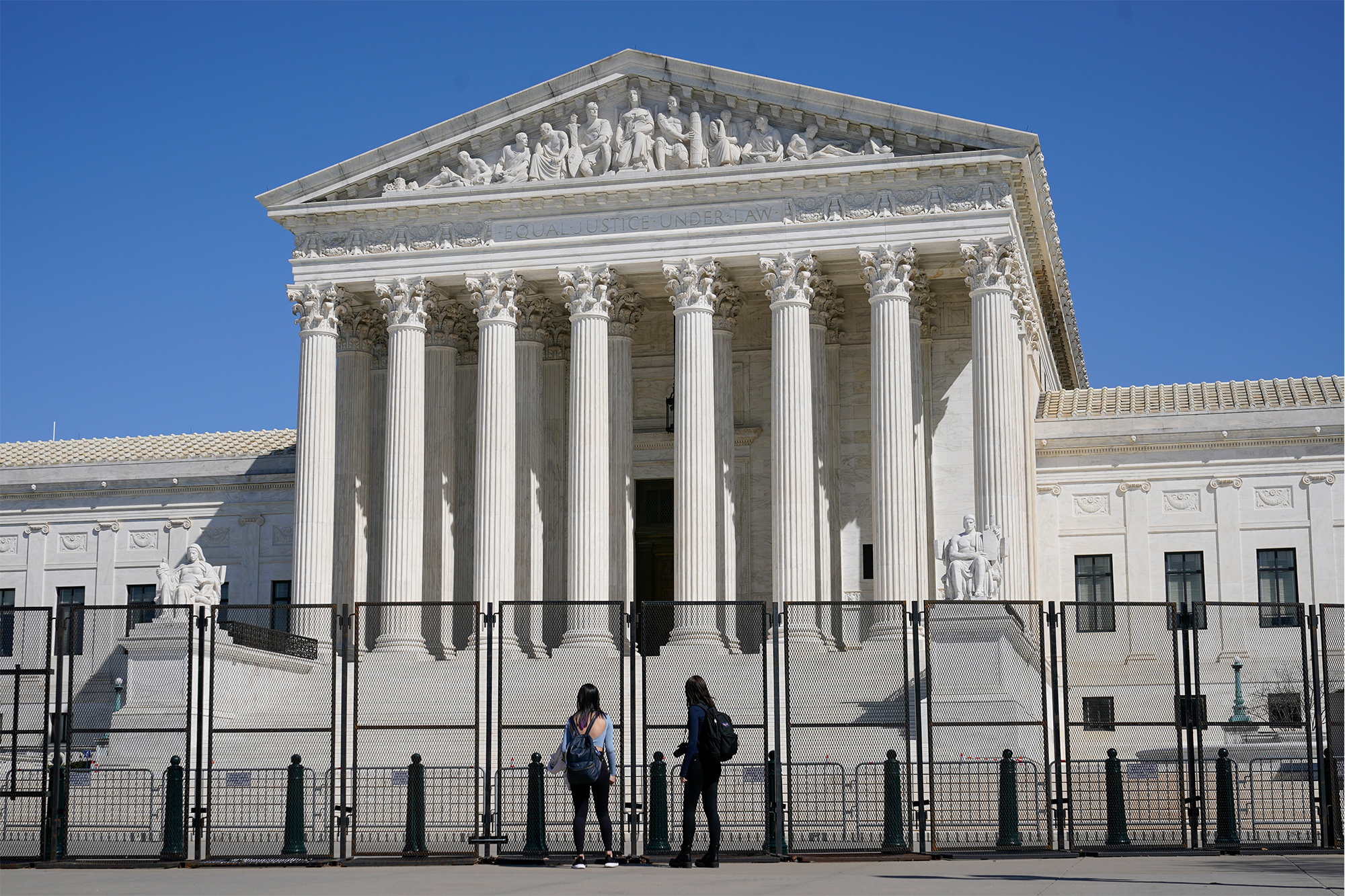 A landmark Supreme Court decision Thursday expanded the ability of people to sue police for excessive force — with justices saying that cops don’t have to physically seize a plaintiff to violate their Fourth Amendment rights.

The nation’s top court ruled in favor of a New Mexico woman who filed a civil rights lawsuit after she was shot by cops who she thought were criminals trying to steal her car.

In a 5-3 decision, justices ruled that Roxanne Torres could continue suing New Mexico State Police for violating the Constitution’s illegal search and seizure ban, even though she had not been seized in the incident.

In 2014, four cops approached Torres with guns drawn while she sat in her car at an Albuquerque apartment complex. Torres drove off, mistaking the officers as car jackers. Police fired 13 shots, hitting her twice as she fled the scene.

Torres was arrested at a hospital and convicted of fleeing from a law enforcement officer.

“We hold that the application of physical force to the body of a person with intent to restrain is a seizure even if the person does not submit and is not subdued,” conservative Chief Justice John Roberts wrote in the ruling.

Three liberal justices and conservative Justice Brett Kavanaugh agreed with Roberts, while Justices Neil Gorsuch, Clarence Thomas and Samuel Alito dissented. Conservative Justice Amy Coney Barrett sat out the ruling because she was not yet on the court when the case was argued last year.

Gorsuch wrote in his dissenting opinion that a “seizure” under the Fourth Amendment has always been defined as “taking possession of someone or something.”

“That view is as mistaken as it is novel,” Gorsuch wrote of the court’s ruling.

Torres’ 2016 lawsuit was initially dismissed in a New Mexico federal court and a Circuit Court of Appeals, because judges ruled there could be no excessive force claim without a “seizure.”

Officers will now seek to have her lawsuit dismissed on other grounds in lower courts.

The Supreme Court is set to rule on other cases of police powers by the end of June.

Google Aims to Be the Anti-Amazon of E-Commerce. It Has a Long Way to Go.

Protesters clash with LAPD during Breonna Taylor rally in Hollywood