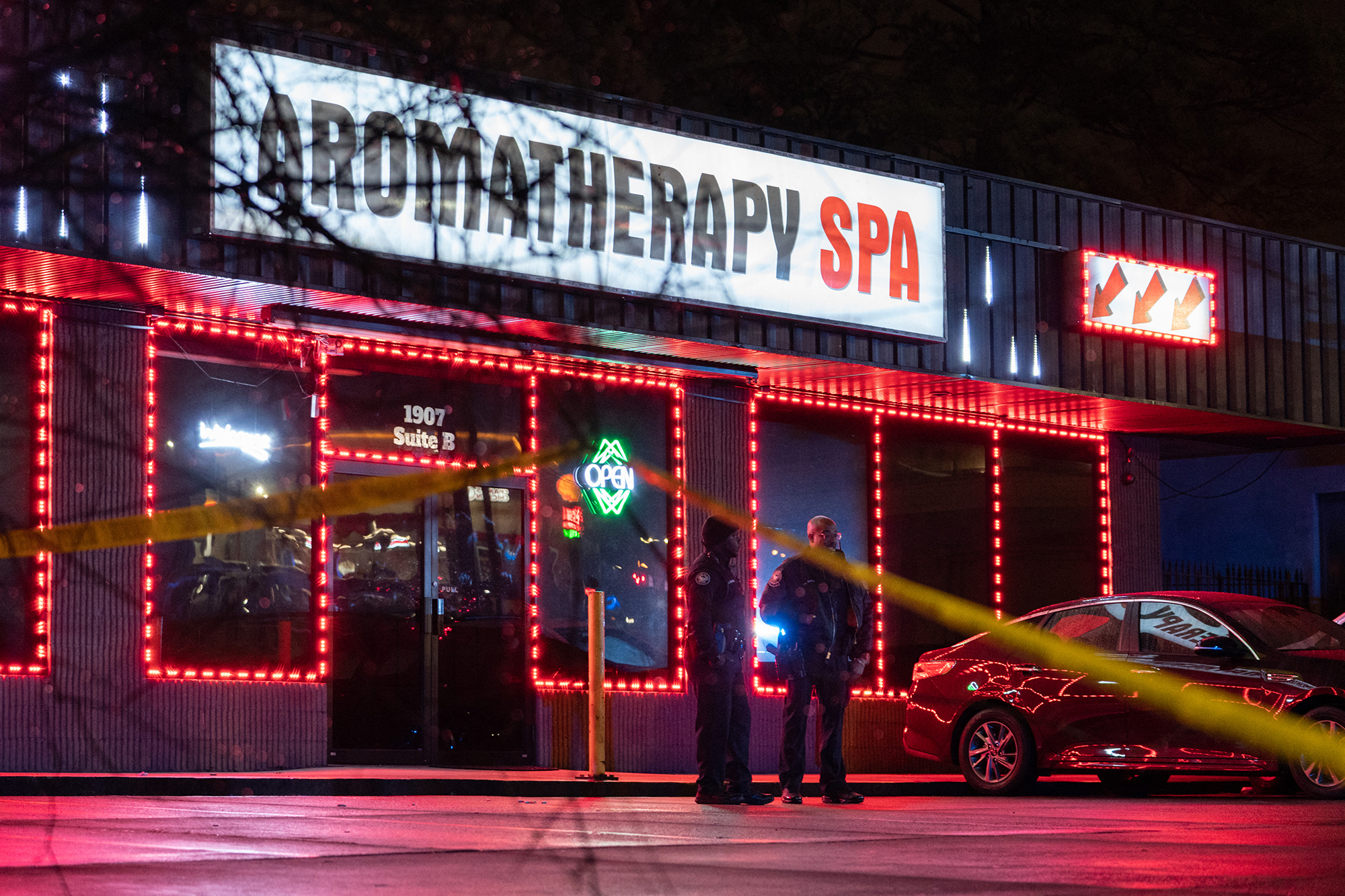 Outraged citizens are condemning anti-Asian violence following Tuesday’s horrific shooting spree that killed eight people — six of whom were of Asian descent — at three different massage parlors in Atlanta, Georgia, and a suburb.

The hashtags #StopAsianHate and #AsianLivesMatter are currently trending on multiple social-media platforms.

“A disgusting and disturbing example of how the spread of domestic terrorism has been allowed to torment communities,” tweeted the National Association for the Advancement of Colored People (NAACP) Tuesday, about the potentially racially motivated attack. “These acts are the visible manifestation of hateful words birthing hateful acts! An attack on One is an attack on ALL! #StopAsianHate.”

“Shocked and appalled by the hateful massacre in Atlanta,” seconded Hakeem Jeffries, a Democrat congressman representing Brooklyn and Queens. “We stand with the families of the victims and the entire [Asian American and Pacific Islander] AAPI community. Words matter. Xenophobia has deadly consequences. We must #StopAsianHate now.”

Shooting suspect Robert Aaron Long was arrested without incident Tuesday night about 150 miles south of Atlanta and charged with the murders. The 21-year-old Woodstock, Georgia, native had professed a passion for “pizza, guns” and “God” on his now-deleted Instagram page.

The spa massacre is part of a nationwide uptick in violence against Asians amid the coronavirus pandemic. New York City saw the biggest spike in racially motivated violence with a whopping 28 anti-Asian attacks in 2020 alone — compared to just two incidents the year prior.

In response to the attack, the NYPD is ramping up its presence in Asian communities throughout the Big Apple — and the Twitterverse is sounding off:

Ice cream gurus Ben & Jerry are among the big names weighing in on the heinous act, writing: “Yesterday’s shootings in Atlanta were hateful and horrific acts of violence. Our hearts ache for those impacted. It’s time for everyone to stand against the violence of white supremacy and unite to #StopAsianHate.”

“The violent attacks and murders against Asians are still happening. Please help us. We need help to be safe in our country,” added actress Olivia Munn, who is of Vietnamese and Chinese descent. She has been vocal about anti-Asian attacks in the past.

Many online commenters claimed the deadly crime was fueled by former President Donald Trump calling COVID-19 “the China virus” in reference to the disease’s origins in Wuhan.

“If you have insisted on referring to COVID-19 as ‘The China Virus’ or ‘The Wuhan Flu’ despite folks telling you it was dangerous to use that narrative…. Well, guess what? IT WAS F – – KING DANGEROUS,” fumed one disgusted Tweeter. “My heart breaks for these folks #AsiansAreHuman#AsianLivesMatter.”

Former congressional candidate Scott Huffman added, “I am sicken[ed] about the mass shootings in GA. 6 of 8 victims were Asian. You cannot ignore the anti-Asian racist rhetoric that started when Trump blamed #COVID19 on China. We’ve seen the scapegoating language from his loyalists. #ncpol #AsiansAreHuman #AsianLivesMatter.”

Last week, President Joe Biden condemned the appalling anti-Asian trend, and said, “it is wrong, it is un-American and it must stop.”