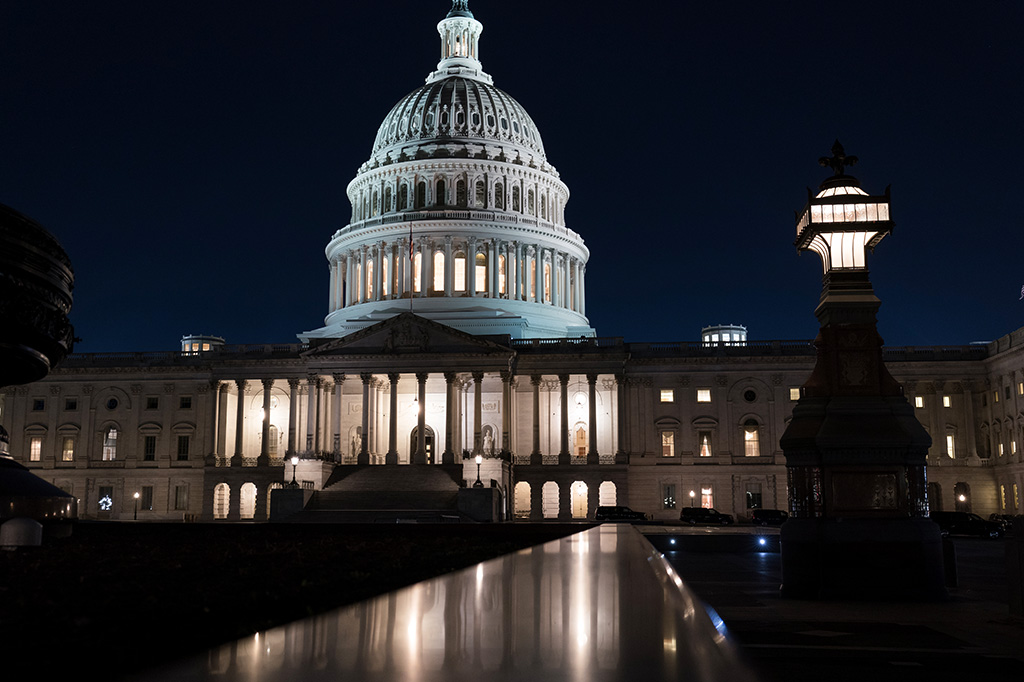 The Senate voted 58-42 Friday night to reject Sen. Bernie Sanders’ effort to add a $15 minimum wage provision to President Biden’s $1.9 million COVID-19 relief bill, and is now poised to work well into Saturday in an all-night marathon of haggling over the massive measure.

The so-called “vote-a-rama” — during which senators can offer and debate limitless amendments — came over the objections of Senate Republican Leader Mitch McConnell, who late Friday decried Democrat foot-dragging in moving to adjourn voting until 10 a.m. Saturday.

“They want to begin the vote-a-rama that could have been done in daylight because of their own confusion and the challenges of getting together 50 people to agree on something,” McConnell had griped in asking for the adjournment.

He was referring to a 12-hour logjam from earlier Friday, during which Democrats struggled to unify the 50 members of their caucus, an impasse that finally ended just before 11 p.m., with a last-minute compromise with centrist Democrat Sen. Joe Manchin over emergency jobless benefits.

“Now that this agreement has been reached, we are going to power through the rest of the process and get this bill done,” Senate Majority Leader Charles Schumer (D-NY) pledged.

Democrats, who narrowly control the Senate, had postponed plans to begin amendment votes early Friday afternoon after Manchin (D-W.Va.) sided with Republicans in demanding that the jobless benefits be trimmed.

That particular logjam was broken after nine hours, with a compromise that would provide $300 weekly benefits until Sept. 6, along with a tax break on the benefits.

A federal unemployment supplement approved in December — at $300 per week — expires this month.

The House-passed version of Biden’s bill had a more generous $400 weekly unemployment supplement through August.

The last-minute negotiations were the first major power play by Manchin, who can single-handedly derail Biden’s legislative agenda in the evenly divided Senate.

Biden took less than 30 percent of the vote in West Virginia, giving Manchin no imperative to get in line.

The evening compromise — and the down-vote on the minimum wage hike — clears the way for the marathon series of votes on the sweeping relief package, with voting predicted to extend well into Saturday.

In addition to the $300 boost in weekly unemployment benefits, the Senate COVID-19 relief bill provides:

• A total of $350 billion in aid for municipalities, states and the District of Columbia.

• An extension of the current 15 percent increase in food-stamp benefits through September.

• Some $20 billion in housing aid for state and local governments.

• Nearly $130 billion for K-12 schools to help kids return to their classrooms.

• $75 billion for vaccinations, testing and other pandemic medical supplies.

The Senate version of the bill already has seen major alterations.

The Senate parliamentarian gutted key provisions that Republicans and some centrist Democrats opposed, including $140 million for a rail project near House Speaker Nancy Pelosi’s California district.

Republicans largely say the bill is unnecessary and wasteful, highlighting that much of the funds won’t be spent until the pandemic is over.

For example, the bill contains $129 billion for K-12 schools, but the Congressional Budget Office estimates that about 95 percent won’t be spent in 2021 because funds approved for schools last year haven’t been spent.

Man pulled out ears while being questioned for grandpa slay

COVID-19 may have come from bioweapons research accident

What We Got Wrong About Uber and Lyft

UCLA’s toughness was difference vs. Alabama