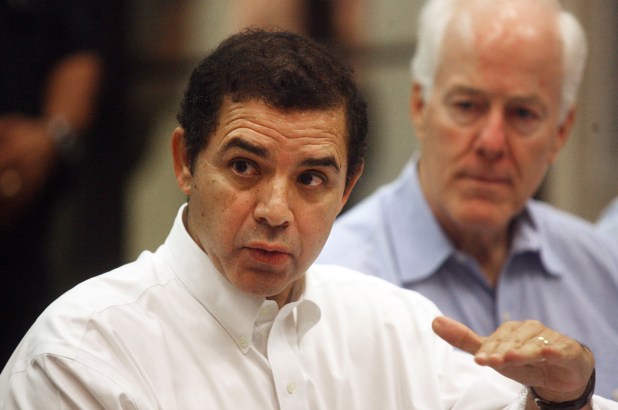 Texas Rep. Henry Cuellar, seen here in 2014, says President Biden’s delegation “didn’t talk to anybody, not even members of Congress down here” during their border visit.
AP Photo/The Monitor

Texas Democratic Congressman Henry Cuellar called out President Biden for not visiting the US-Mexico border himself and said a recent visit from a White House delegation was insufficient.

“Any president should come down [and] really spend time with border communities. You know, the president sent a delegation and a bunch of folks from the White House,” the nine-term Congressman told Fox News. “They didn’t talk to anybody, not even members of Congress down here.”

The election of Biden in November — and hopes of more lenient immigrant policies from his administration — has spurred waves of new migrants, many of whom are fleeing poverty and crime in Central America.

More than 100,000 were met by border patrol agents at the southern border last month. Thousands of unaccompanied minors are currently being detained in shelters operated by Health and Human Services Department.

White House Press Secretary Jen Psaki has acknowledged the extraordinary challenge now faced at the border, but declined to call the situation a crisis.

“I don’t think we need to put new labels on what we have already conveyed is challenging,” she said when pressed during a briefing Tuesday.

Fraschilla roots for coaching friends in Baylor vs. Arkansas

‘Bulls–t’ that AJ Hinch is tainted from Astros scandal