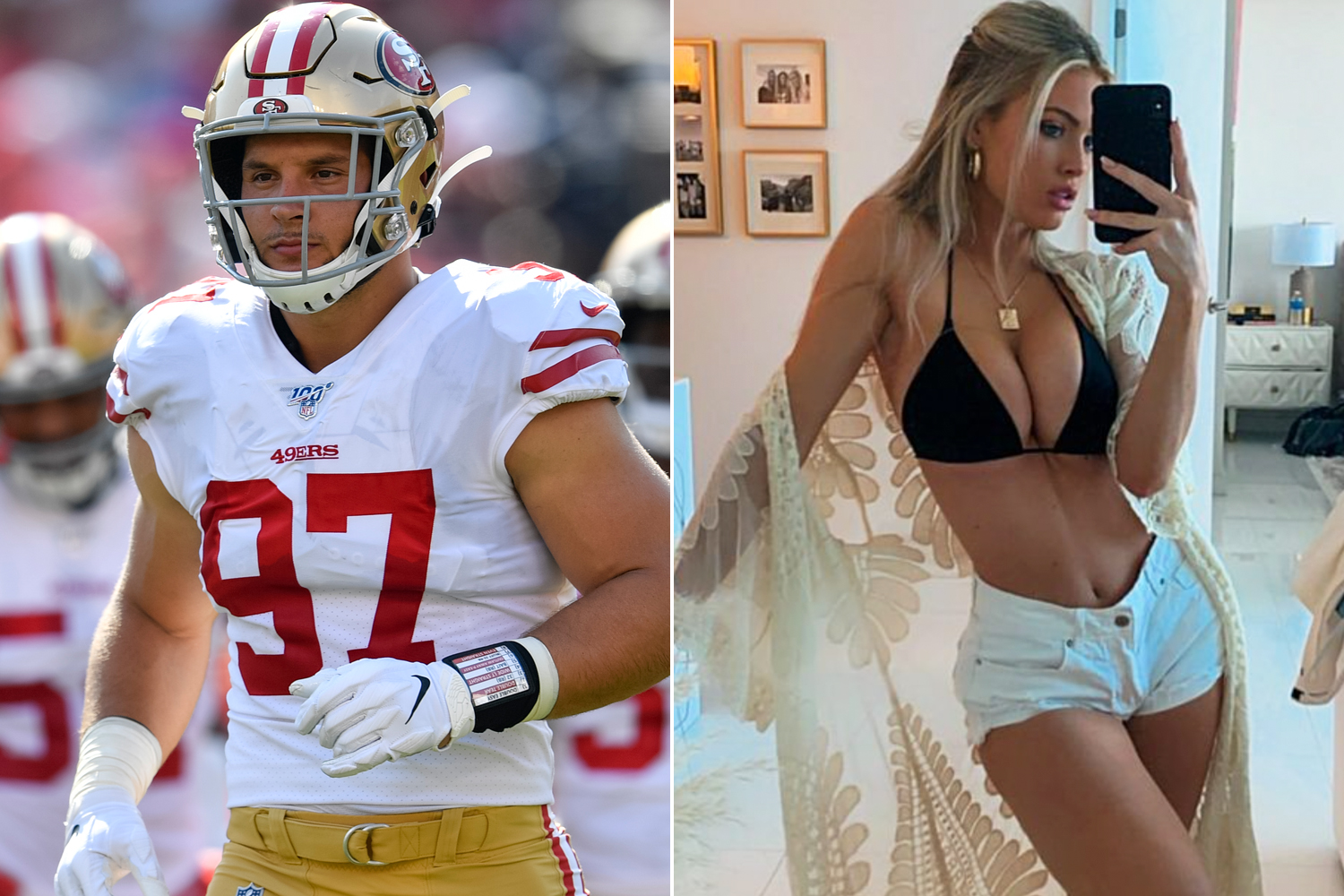 Posting a photo of the pair cuddling on the boat, Bosa geotagged the shot in Miami. Berman also shared the same image to her Instagram story, according to Egotastic Sports.

Some of Bosa’s NFL pals also reacted to the scenic snap, with his former 49ers teammate, Solomon Thomas, commenting: “My brother is in love!!!”

“Ohhhh s–t Nick is in love never thought I would see the day,” Dre’Mont Jones of the Denver Broncos posted.

The second overall pick in the 2019 NFL Draft, Bosa finished his first season with defensive rookie of the year honors, and a Pro Bowl nod. Unfortunately, the 23-year-old suffered a torn ACL early in his sophomore season.

As for Berman, who boasts 269,000 Instagram followers, she’s a physician assistant student and a co-founder of By the Berman Sisters, along with sister Jordan, that specializes in sweet treats.

On TikTok, Berman has amassed a major following, 1.1 million fans and 7.3 million “likes.”

Jay Bruce uses his glove to show he ‘fits’ with Yankees

What U.S. Sports to Look Forward to in 2021 online