More than 100 people detained by Portland police during protest 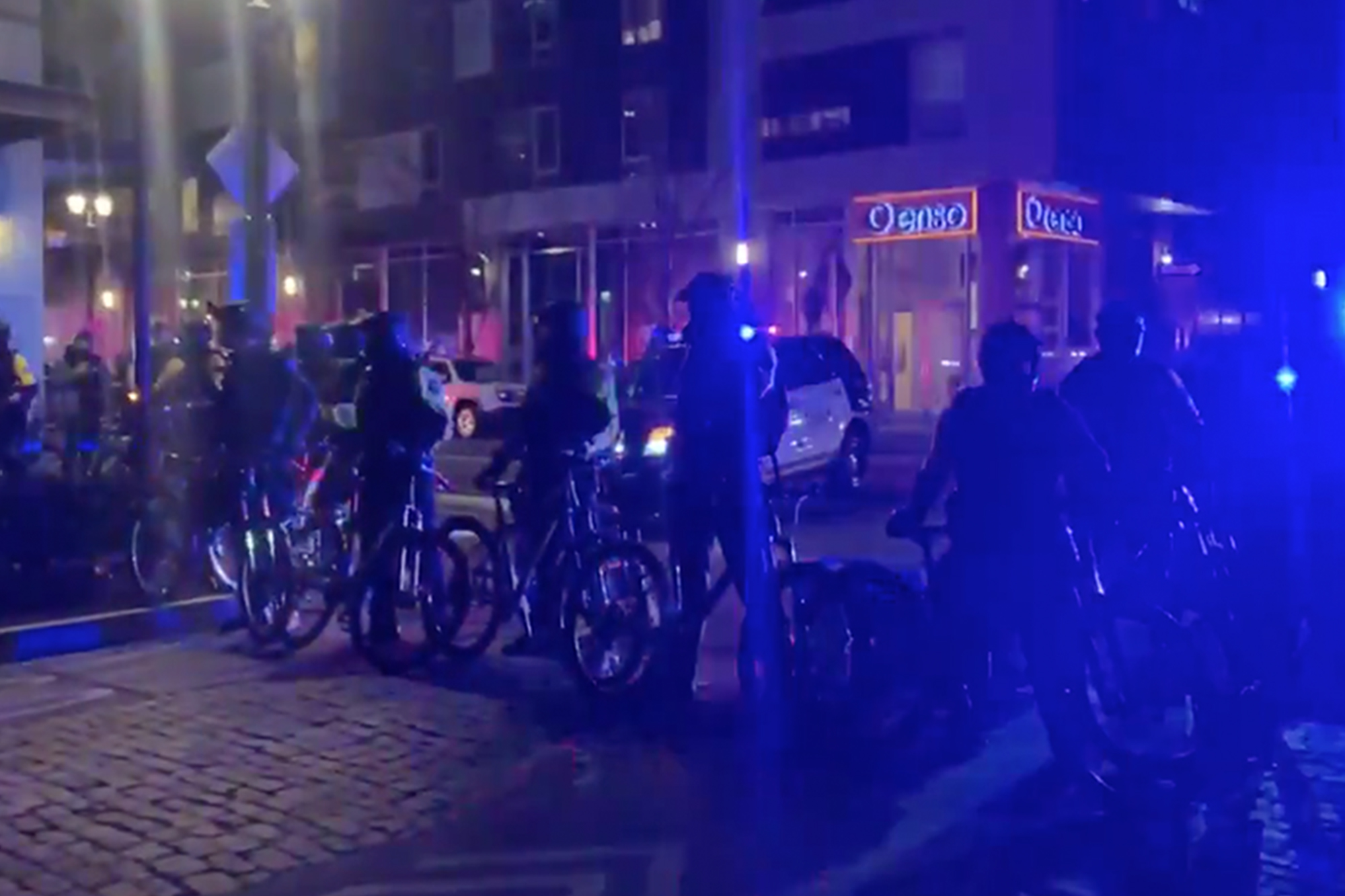 Portland police cracked down on protesters Friday night, detaining more than 100 people in hopes of preventing a second night of window smashing and fire-setting.

Protestors had gathered in the Pearl District in downtown Portland around 8:30 p.m., but cops quickly warned anyone who blocked the streets would be arrested.

At around 9:20 p.m., cops said on Twitter they were setting up a perimeter around the demonstrators and detaining them.

But they said the detention was temporary and that protestors would be escorted out “one at a time.”

A crowd stood outside the perimeter chanting “let them go,” according to OregonLive, which also reported cops pepper-sprayed two demonstrators.

The detained protesters were released after being photographed individually by the police; it was unclear if any were charged with crimes.

Ongoing anti-police protests turned violent on Thursday when rioters smashed windows near a federal court and set fires. Police responded with tear gas and smoke bombs to drive away the crowds, the outlet reported.

Howard allegedly caused more than $1,000 in vandalism damage at the downtown Wells Fargo Center Friday afternoon by smashing up a flat screen TV and a glass sliding door; police say he then punched a cop in the head while they tried to arrest him.

Released Friday night, he was quickly re-arrested for allegedly smashing a window at the downtown courthouse using a Lime rental scooter, OregonLive.com reported.

Jets could hit ‘home run’ at No. 23 with Alijah Vera-Tucker: NFL Draft expert