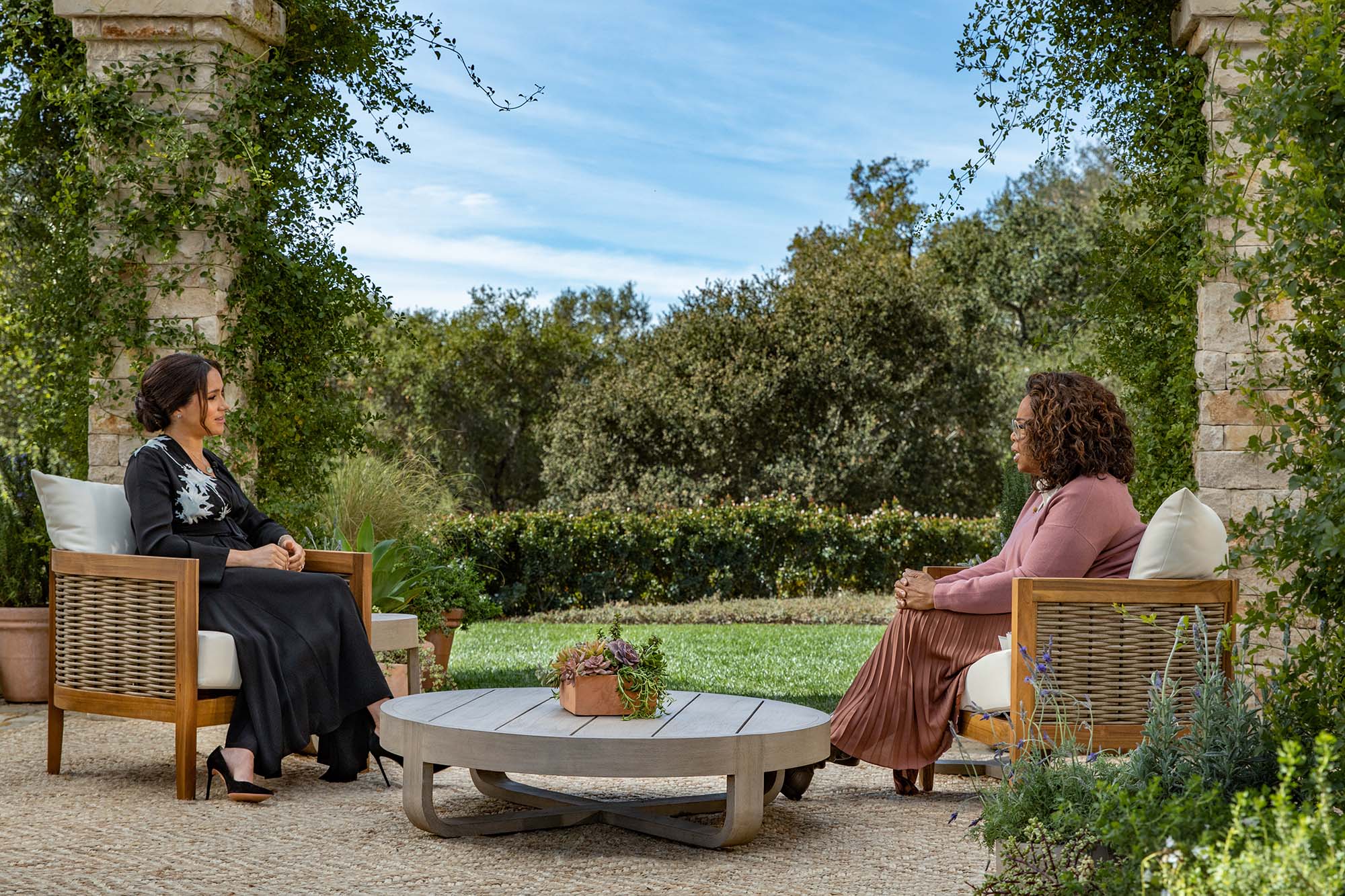 And do so as she drops the kind of bombshells — Prince Harry’s family is not just openly racist, they drove her to consider suicide while pregnant and denied her the help she begged for — that will destroy once and for all any chance Harry had of reconciling with the British royal family.

“I wasn’t planning to say anything shocking!” Megs told Oprah.

Please. As we all know, Meghan’s not that good an actress. Or a dissembler.

Whopper Number One, at the interview’s outset: Meghan knew nothing of the British royal family — nothing! She’s American, after all!

Here she was, living her life, starring on a basic cable legal drama, when she got sucked into the vortex of royal life. Castles, riches, titles, instant global fame, a team of servants and advisors — none of these mattered a whit to her

“All the grandeur attached to this stuff,” said Meghan, has never meant anything, not part of the attraction at all.

Says the woman who invited Oprah Winfrey and George Clooney to her wedding — A-listers she’d never even met.

Oh, and lest we forget the Palace’s clapback this week, revealing that Meghan had been gifted blood diamonds by MBS after he authorized the murder of Washington Post journalist Jamal Khashoggi, and wore them even though warned not to — a charge Meghan has not denied.

As for the catastrophic event Meghan calls “the turning point,” the moment she knew that the royals were plotting to destroy her and she and Harry had to go: The tabloid report that she made Duchess Kate cry.

No, says Meghan: Kate made her cry. And The Firm wouldn’t let Meghan issue a denial.

As Harry once infamously said, “What Meghan wants, Meghan gets!”

So are we to believe Meghan had no recourse until now? No friend or surrogate who could set the record straight? She is, after all, famously litigious when it comes to the British tabloids — you know, the ones she claims not to read.

Then came the day Meghan was advised not to go out to lunch with a friend, because she’d been far too visible.

While we enter year two of quarantine.

Not since griping “not many people have asked me if I’m OK” amid starving, impoverished children in South Africa have we gotten such a tone-deaf utterance from dear old Megs, that perpetual victim.

“The Queen has always been wonderful to me,” said Meghan, before stating that a very senior royal — that would be either the Queen, Harry’s father Prince Charles (who, Harry tells us, stopped taking his calls for a time and has cut him off financially, wonder why), or brother Prince William — told a desperate, suicidal Meghan that she could not seek professional help.

So is Meghan saying they’d be happy if she killed herself?

Sure sounds like it. But after Harry joined the chat, he told Oprah that he never told any member of his family about that.

So which is it? The top royals knew and didn’t care or truly had no idea?

Meghan swiftly moved on, claiming that there was a serious discussion inside the royal family about how black her baby might be and the decision to refuse the child any security — zero, zip, nada, Meghan again implying the royals wouldn’t mind harm coming to a royal infant who wouldn’t be 100% white.

The British taxpayers spent millions on Harry and Meghan’s wedding. Prince Charles walked her down the aisle. The Queen, by Meghan’s own admission, was warm and embracing and maternal. Meghan quickly became an object of fascination and adoration, a unique figure who, like Diana, could modernize the crown.

Meghan and Harry had a lot of goodwill. People were rooting for them.

As to Oprah’s question about whether Meghan wanted a royal life only to quickly leave and build her brand as a newly-minted global celebrity, nonsense, she says! None.

No follow-up from Oprah about building the SussexRoyal website once outside the castle walls and the couple’s attempt to monetize their title until the Queen smacked them down.

Interestingly, after Meghan denied having any kind of plan, Harry told Oprah he would never have left the royal family if not for Meghan.

Meghan helped him figure that out, he said. That’s why they announced they wanted a life of privacy before settling in L.A. and streaming endless videos from their $14 million mansion and signing deals with Spotify and Netflix and appearing on “So You Think You Can Dance” (Meghan) and sitting down for a primetime tell-all with Oprah Winfrey.

In the run-up to tonight’s special, Meghan and Harry announced that this would be their final word, for real. They’ve said all they’ve had to say and will be furthermore unavailable for comment.

What? You don’t believe them?

California plans to lift virus restrictions in June if certain benchmarks are met.

Vaccine Passports: What Are They, and Who Might Need One?

The HomePod Smart Speaker Shows The Best and Worst of Apple

San Francisco to give artists $1,000 a month