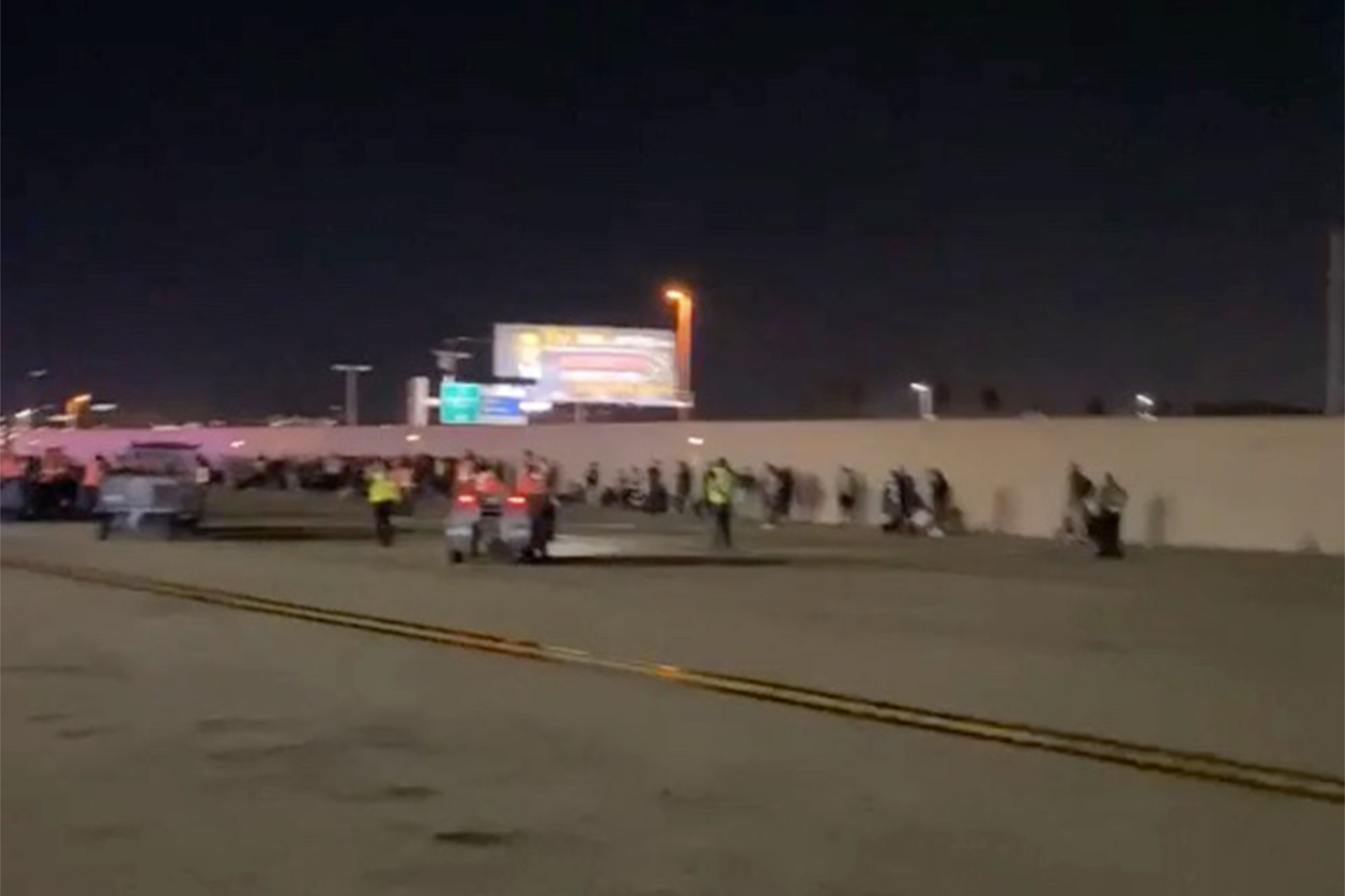 Two people were injured amid pandemonium at the Los Angeles International Airport on Thursday night that was sparked by a false report of gunfire, officials said.

The victims were among 300 passengers who frantically fled onto the tarmac after the erroneous report of a person with a gun in Terminal 1, according to a statement from LAX.

When the dust settled, authorities determined no shots were fired and no weapons were recovered at the airport.

One person, however, was taken into custody by airport police, the statement said.

The injuries sustained by the two people were described as minor to moderate. One of them was taken to the hospital.

The security scare disrupted incoming flights, which were briefly blocked by the FAA from landing at LAX.

“The FAA has since resumed operations on the south side of the airfield,” the statement said.