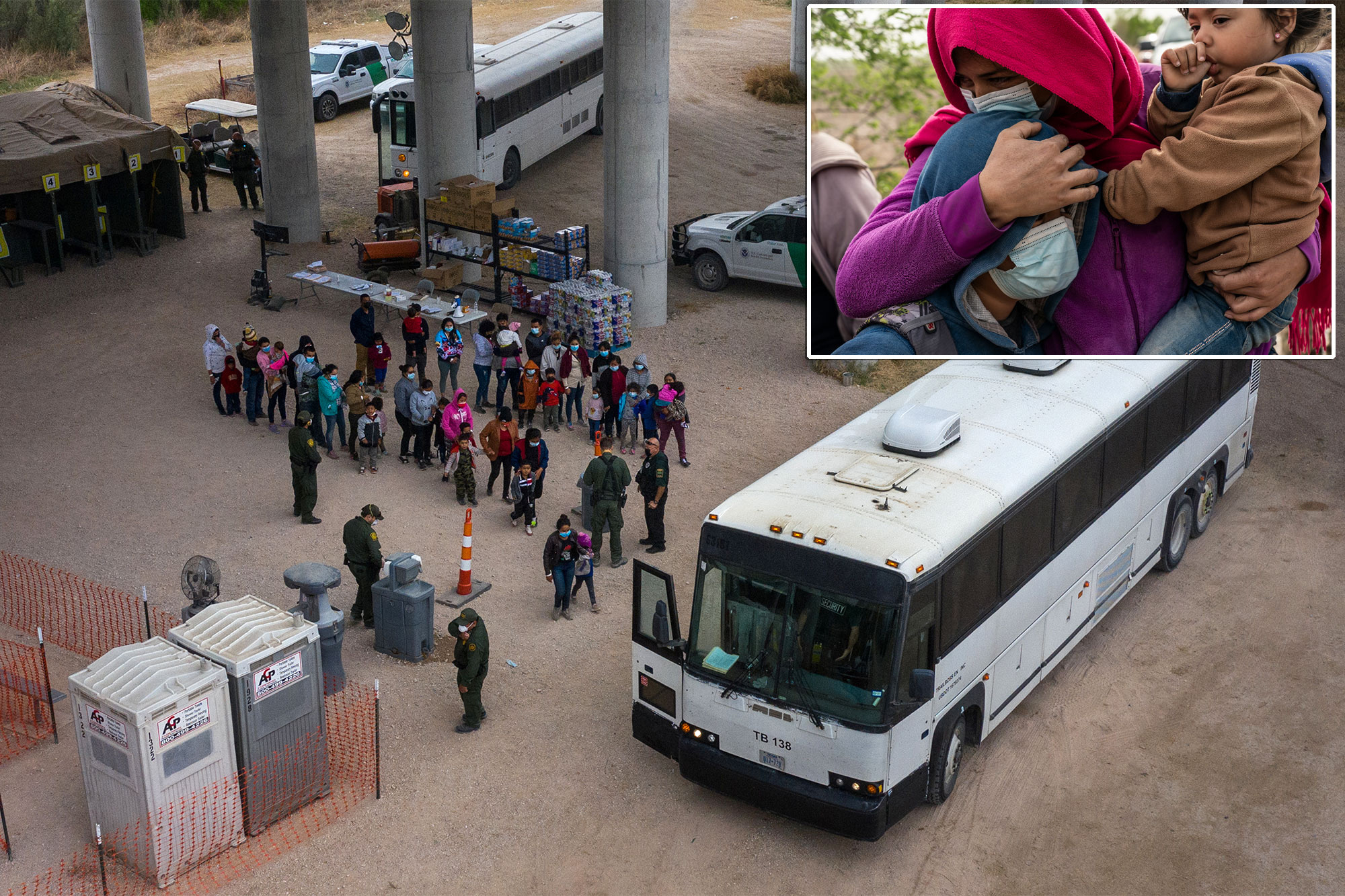 US Border Patrol and Customs agents arrested a driver and passenger at a border checkpoint near Hebbronville after finding they had active warrants for burglary and larceny, officials said.

The fugitives were questioned after a K9 agent sniffed out personal-use marijuana, methamphetamines, and drug paraphernalia in the vehicle, the US Border Patrol in Laredo said in a Facebook post.

The suspects were extradited to police departments in Texas and Florida.

Later that evening, agents stopped two undocumented immigrants walking in the brush south of Encinal, and found one of them had an active warrant for assault out of San Antonio, officials said.

The arrests capped off a very busy week for border agents in Texas, as migrants continue to flood the Mexican border.

Agents in the Del Rio sector apprehended 47 people who were trying to avoid detection in a remote area near Carrizo Springs, officials posted Thursday.

That roundup comes two days after agents partnered with local police to uncover a human smuggling operation in Laredo.

Agents found 49 individuals being held against their will in several apartments at a Laredo address on Tuesday, officials said in a press release.

The captives were from Mexico, Guatemala, Honduras and El Salvador, and were in the country illegally, agents said.

Two unaccompanied children were among those taken in for processing, and agents also seized multiple firearms in the bust, according to the release.

Meanwhile, agents tried to save a 9-year-old girl drowned in the mighty Rio Grande Saturday while trying to cross into Texas with her family, agents told The Post.

Though the girl could not be saved, agents and local emergency responders were able to save her mother and three-year-old brother.

Earlier last week, two other migrants drowned in the river while attempting to swim back to Mexico to evade US officials.

As the escalating surge of young illegal migrants continues, the Department of Health and Human Services is asking federal workers to volunteer for 120-day deployments to help supervise unaccompanied children and assist with their possible placement with family members in the US.

More than 11,500 migrant children are currently being held in HHS shelters, according to Axios. About three percent of them are being held in isolation after testing positive for COVID-19.

Jets could look to score with 49ers veterans

Review: In ‘Made for Love,’ She Can’t Get Him Out of Her Head

Everthing at the NCAA Tournament is officially sponsored

Return of baseball fans and other MLB observations: Sherman