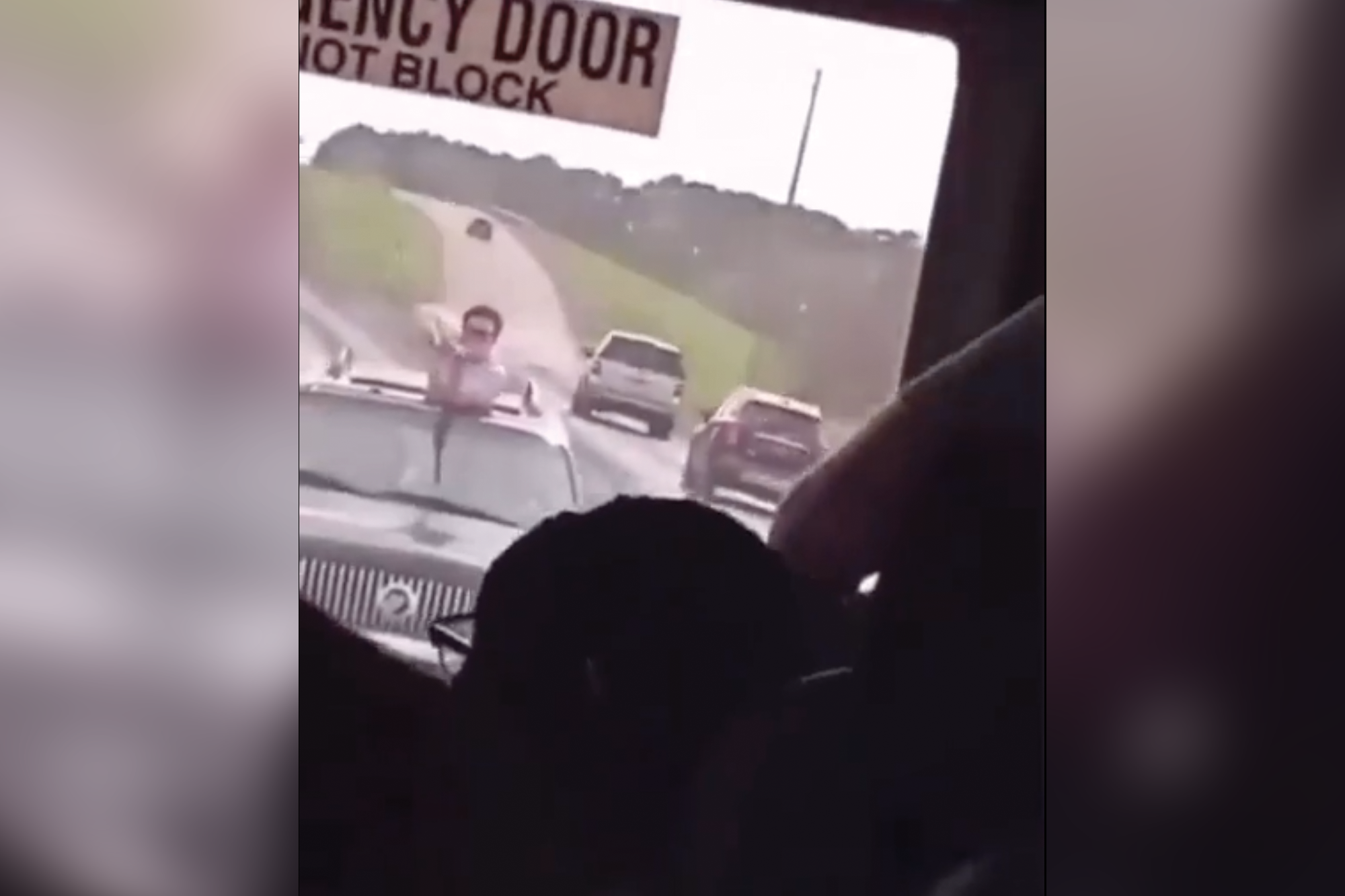 The Dayton Independent School District is investigating a video that appears to show someone pointing a gun at a school bus while hanging out of a car’s sunroof.

“Our police officers are currently investigating and we do not take these things lightly. We will be pursuing this to the fullest extent of the law,” the school district, which is located about 40 miles northeast of Houston, said in a statement.

“We ask all parents to please continue to talk with your children about inappropriate behaviors as they will not be tolerated. Safety for our students and staff is one of our top priorities.”

Mitchell Wright told KPRC that his 13-year-old daughter took the video while on the way home from Woodrow Wilson Junior High on Friday.

“What [the person] did was horrifying for a lot of different kids,” Wright told the local news outlet.

“I’m not okay with anyone pointing a BB gun or any gun at my children on a bus.”

The person appears to be waving or making peace signs in the car as it travels behind the school bus. After a few seconds, the person reaches down into the car then re-emerges with a gun.

Students screamed as the person pointed the gun at the back of the bus.

The Liberty County Sheriff’s Office did not respond to requests for comment.

Schools nationwide have been on high alert following a shooting at Oxford High School last month that left four students dead and seven others injured.

At least a dozen students in Florida, Maryland, Connecticut, California, Wisconsin, and other states were arrested this week after allegedly making threats on various social media platforms.