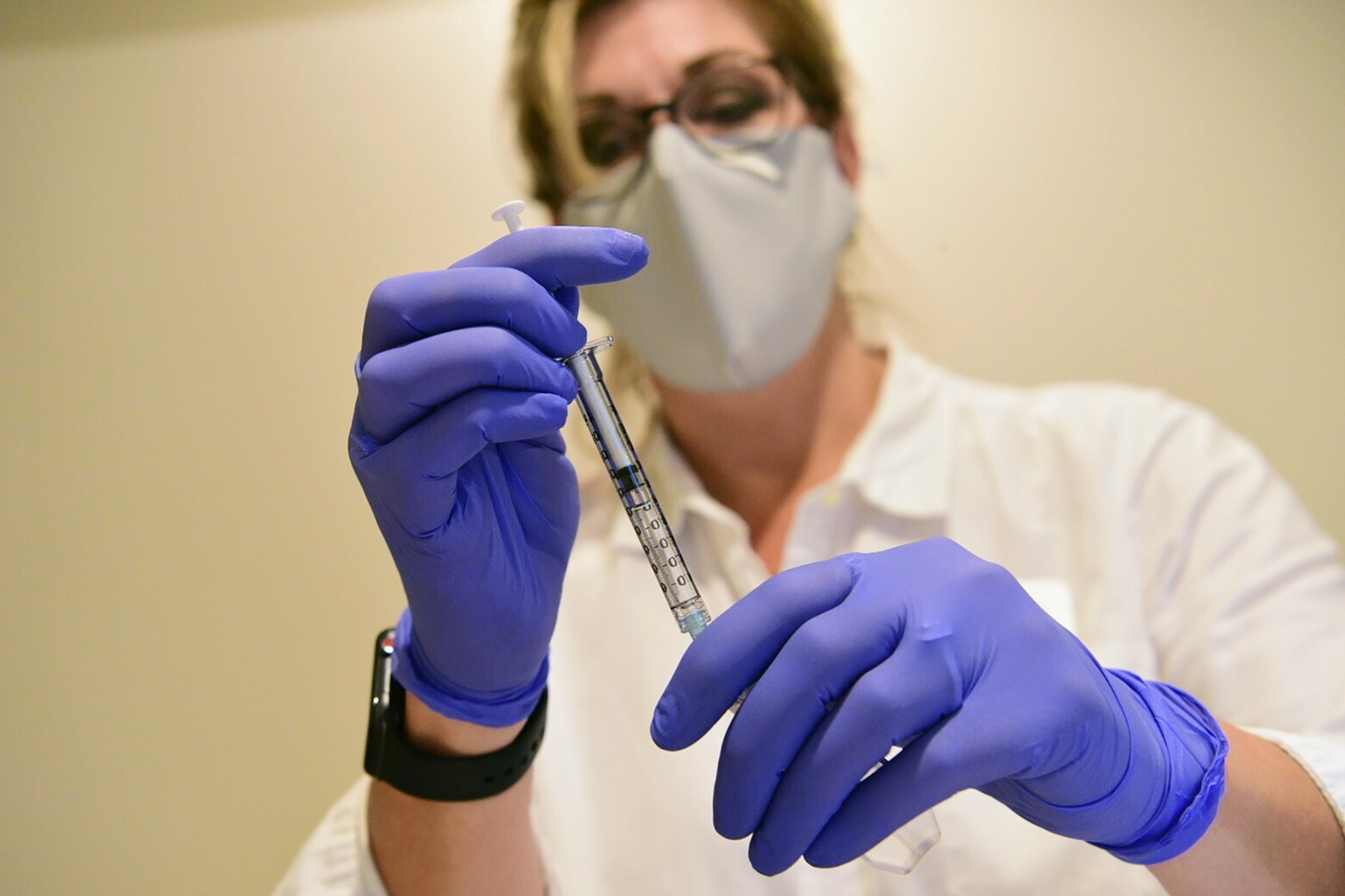 Some former COVID-19 patients still suffering from long-term health issues have reported that their symptoms temporarily eased after receiving the coronavirus vaccine, according to a UK report.

Anecdotal reports show that between 20 and 50 percent of patients find that their symptoms — which mainly include fatigue, headaches and brain fog — ease post-vaccination, according to the Telegraph.

“We are getting people reporting improvements, and it’s quite widespread, about half of the people we are asking,” said Dr. David Strain, a clinical senior lecturer at the University of Exeter.

Lou Barnes, who leads a 4,000-person support group called Post Covid Syndrome, estimated that around 20 percent of members reported some kind of improvement after getting their shot.

But many people said the improvements were temporary, lasting for around three weeks, and others reported feeling worse for a short time, too, Barnes noted.

Strain, who runs a long-term COVID clinic and is a member of a National Health Service taskforce on the condition, said research was being set up to look into the reports.

“This provides a bit of hope for people who have been struggling with this for 12 months or more, just to feel better for a bit,” he told the newspaper.

“But also, as researchers, it tells us a lot of information: does this give us clues about how we should be treating it? We need to look very carefully,” Strain said.

The doctor also noted that “there is a major reporting bias” since, “the people who notice something remarkable are the ones shouting about it.”

Like Strain, Professor Danny Altmann, an immunologist at Imperial College, London, said he was also in the process of setting up research into the topic.

“It’s very interesting because we still have no clue about the mechanisms in long COVID and what to do for patients, and also because many sufferers are very anxious about their immune status,” Altmann said.

Professor Eleanor Riley, an immunologist at the University of Edinburgh, said the anecdotal reports were “interesting,” but cautioned against taking them as fact before research is conducted on the subject.

“I think it’s something to be followed up by scientific research,” Riley said. “I think we shouldn’t jump to conclusions. It’s possible it may turn out to be random.”

Kristin Smart suspect pleads not guilty to her murder

Pope Francis to meet with top Islamic cleric in Iraq

UFC 259 Live Stream: How to Watch Blachowicz vs. Adesanya Online

‘Greatest radio host of all time’