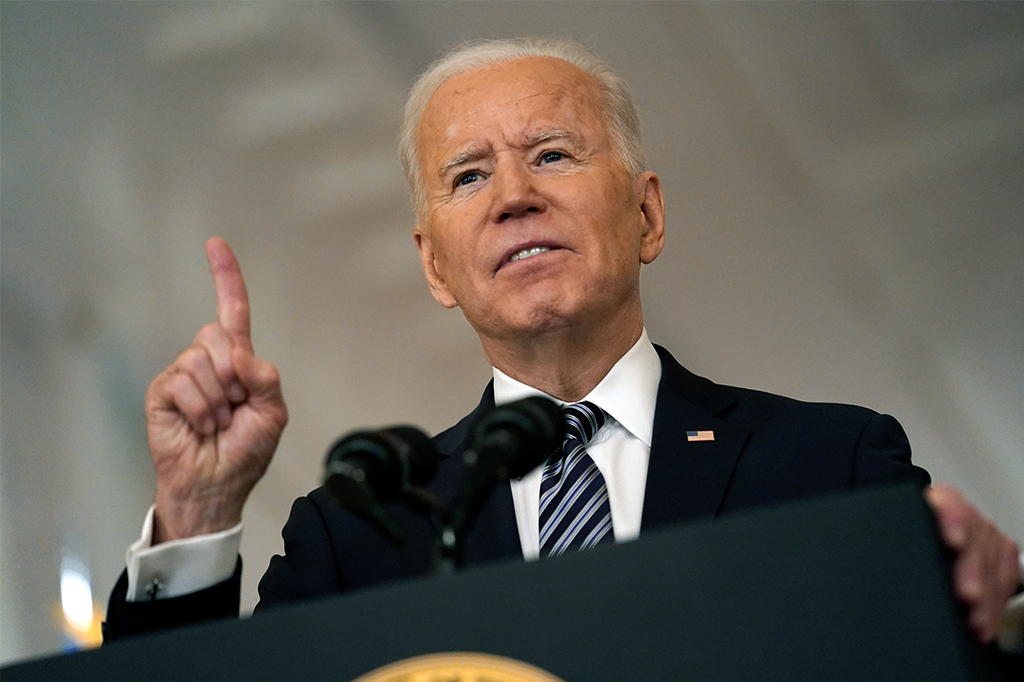 President Biden on Thursday condemned the rise in hate crimes against Asian Americans during the COVID-19 pandemic, saying “it is wrong, it is un-American and it must stop.”

Biden, in his first prime-time speech as commander in chief, said the group has been unfairly targeted in the spate of attacks and harassment over the last year.

“Too often we’ve turned against one another,” Biden said, as he decried the “vicious hate crimes against Asian Americans, who’ve been attacked, harassed, blamed and scapegoated.”

“At this very moment, so many of them, our fellow Americans, they’re on the front lines of this pandemic trying to save lives,” Biden continued.

“And still, they’re forced to live in fear for their lives just walking down streets in America.”

Police in major cities from coast to coast have seen a surge in Asian-targeted hate crimes between 2019 and 2020.

Los Angeles recorded 15 incidents compared to seven in 2019 and Denver had three attacks in 2020 — the first reported there in six years, according to data collected by the Center for the Study of Hate & Extremism in California.

China’s treatment of Uighurs is not ‘a different norm,’ but ‘genocide,’ activist says

Egypt may have lost $1 billion from Suez Canal blockage

Civilian leaders tell people to defend themselves after two are killed

VP Harris speaks about empowering women despite silence on Cuomo