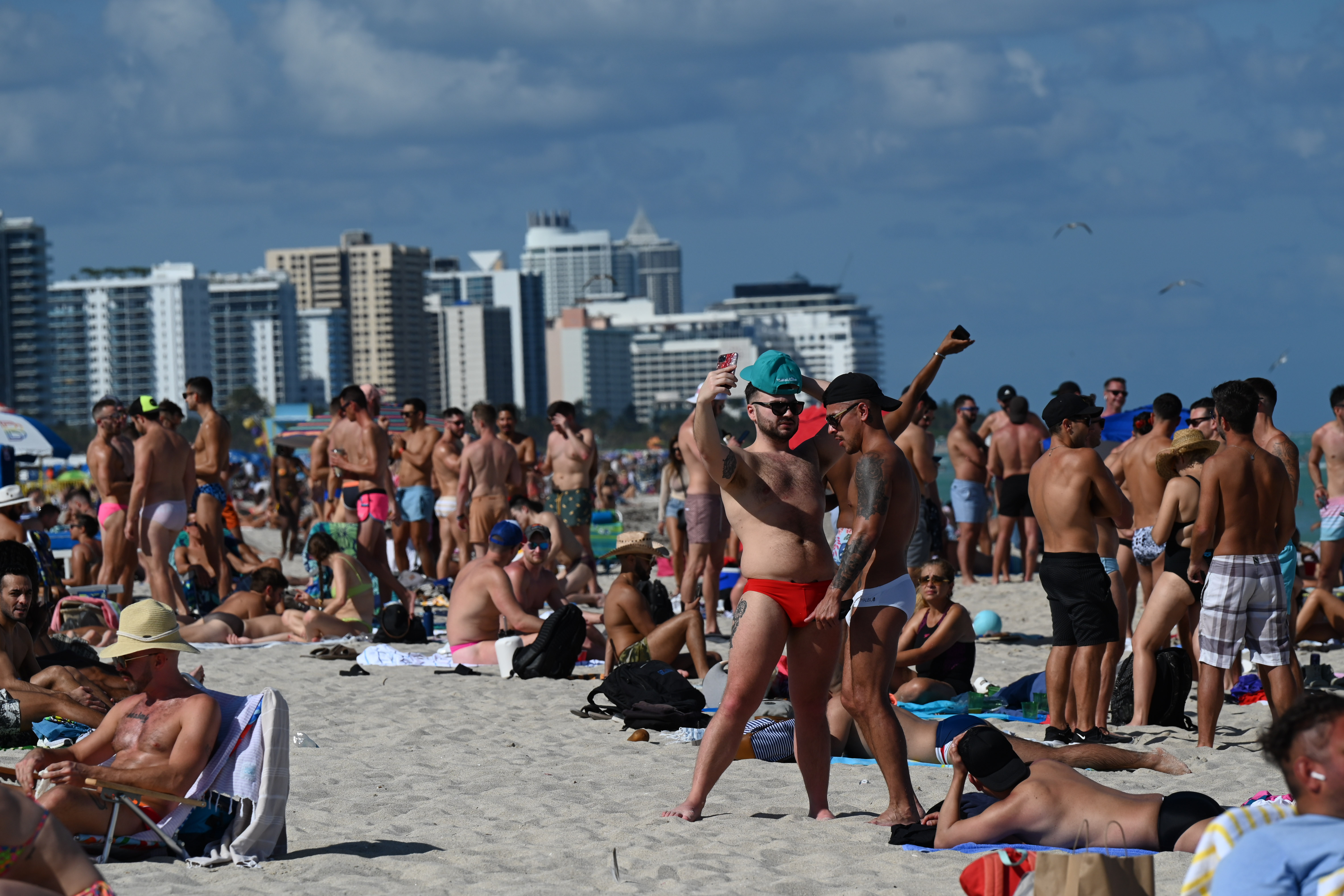 About 150 people were arrested in Miami Beach over the weekend as throngs of unruly spring breakers descended on the city.

Friday marked the wildest day in the party hotspot as about 120 people were arrested and two police officers were injured during clashes with the revelers, Local 10 News reported.

“It is really a difficult situation,” Miami Beach Mayor Dan Gelber said of the weekend debauchery.

The city is under a midnight curfew amid the pandemic.

The officers who were injured had been attempting to make an arrest when they were attacked, authorities said.

“The crowd ended up turning on those officers who were there,” Miami Beach police spokesman Ernesto Rodriguez said, according to the report.

The gatherings on Friday led police in some areas to deploy pepper balls to disperse the crowds.

On Saturday, 30 more people were arrested.

Gelber, the mayor, warned would-be spring breakers that more arrests will be made if they continue to disobey laws.

“If you are coming here because you think anything goes, you’re going to have a terrible time. We are going to arrest you,” he said.

If You Care About Privacy, It’s Time to Try a New Web Browser

How Big Is Amazon, Really?